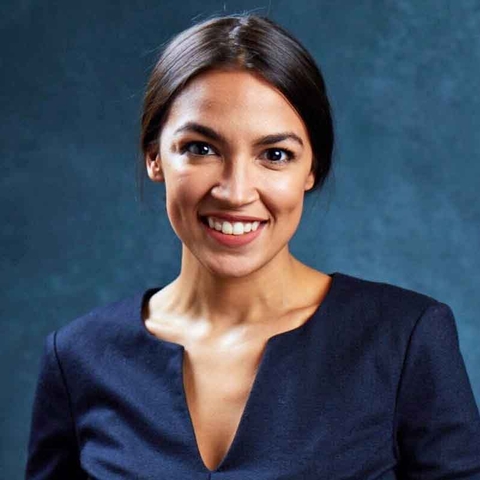 Since its approval in 2012, Truvada has been the PrEP drug of choice to prevent infection with the HIV virus. And it has been at the center of a controversy over its high cost, which is $1780 a month, according to Gilead, the manufacturer of the drug.

That high price was the subject of Rep. Alexandria Ocasio-Cortez’ (D-NY) questions of Gilead CEO Daniel O’Day in a hearing by the House Oversight and Reform Committee today.

She also got O’Day to admit that Gilead had $3 billion in revenue from the drug in 2018.

Ocasio-Cortez countered, saying, “I think it’s important that we notice here that we the public, we the people, developed this drug, we paid for this drug, we led and developed all of the grounding patents to create PrEP, and then that patent has been privatized despite the fact that the patent is owned by the public.

“We refuse to enforce it. There is no reason this should be $2,000 a month. People are dying because of it. And there’s no enforceable reason for it. We own the core intellectual property for it and as a result people are dying. For no reason.”

Gilead steadfastly maintains that the government’s patent on Truvada is invalid. At the hearing, O’Day said, “Our well-supported view is that the U.S. government does not hold valid patents on the use of Truvada for pre-exposure prophylaxis (‘PrEP’), nor does it hold any patent for Truvada itself,” according to Towleroad.

At the hearing, “Scientist Richard Grant, who was part of the initial team working on this type of HIV drug, said, ‘Gilead did not provide leadership, innovation, or funding for PrEP research,’” according to Bloomberg Law.

“He also said CDC scientists were the ones who discovered the drug combination that was eventually approved by the Food and Drug Administration as Truvada in 2012. O’Day pushed back by saying any CDC patents are invalid and that Gilead was involved in initial research as well.”

Lawmakers and the pharmaceutical industry had hoped that drug price legislation would be bipartisan. But Bloomberg reported, “A congressional hearing May 16 over the price of Gilead’s HIV drug Truvada devolved at times to frustration and shouting, a signal that drug pricing legislation won’t be as bipartisan an issue as lawmakers and industry observers initially hoped.

“There was a clear distinction between Republican and Democratic lines of questioning—with Democrats probing Gilead CEO Daniel O’Day about price increases, access issues, and tax deductions and Republicans focusing on research dollars spent by the company and the importance of innovation.”

One of the issues before the committee is the fact that government agencies like Medicare and Medicaid are not allowed to directly negotiate drug prices with the industry. It is thought that including direct negotiation would be a non-starter in the GOP controlled Senate.

This was the second drug price hearing the Oversight Committee has held. It is one of many congressional probes into drug prices and the drug supply chain, said Bloomberg.