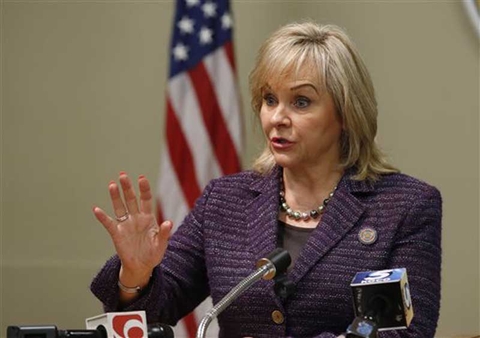 The Oklahoma House Democratic Caucus reacted immediately to the Republican plan, saying in a statement that the deal is made "on the backs of Oklahoma workers while refusing to ask the oil and gas industry to pay their fair share."

If passed by the Legislature, the agreement would:

The Democratic response continued: “Since we unveiled our Restoring Oklahoma Plan last March, the House Democratic Caucus has been clear that we will not support a budget deal that balances the state’s checkbook on the backs of Oklahoma workers while refusing to ask the oil and gas industry to pay their fair share.

“It is obvious that this budget is meant to meet one objective, which is to find a way out of this budget shortfall without restoring the gross production tax on oil and gas wells. Instead of asking the oil and gas industry to pay a fair and just tax, Republican lawmakers would rather tax working class Oklahomans.

“We believe that offering teachers and state employees a pay raise while simultaneously raising their taxes to pay for the raise is both disingenuous and a terrible way to balance a budget. Our Caucus remains resolved that teachers and state employees deserve to be compensated fairly, but we will not support a plan that puts money in their right pocket just to take it back out of their left.

“As Republican lawmakers continue to play political games, Oklahomans are suffering due to cuts that are taking place to Oklahoma’s various health care agencies. The House Democratic Caucus is demanding the Republican Caucus halt this plan, which only seeks to raise taxes on working Oklahomans, and come back to the table to build a budget that works for all Oklahomans."