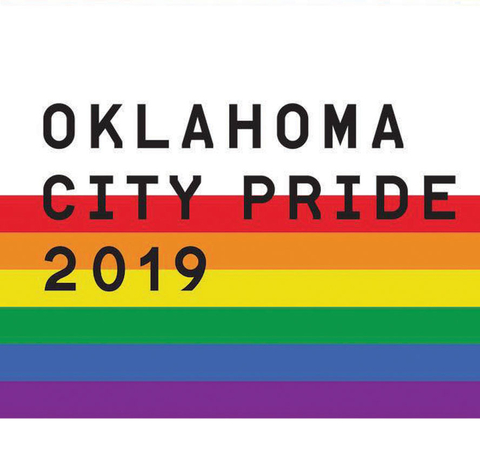 Once upon a time, a rundown motor stop off Route 66 became a haven for LGBTQ folks in the center of one of the most conservative states in the nation.

In 1983, members of our community held the first block party on 39th Street. They went behind the buildings with a boombox and called it Glitter Alley. They had beer and drag performances and beer.

This is our story.

In 1988, members of our community held the first Gay Pride March. The theme was Rightfully Proud. They thought maybe a couple dozen people would come, but over 500 came and marched down 39th. Paul Thompson said it was enough people to scare away the KKK.

This is our city.

In 2014, the first same-sex marriage license was issued in Oklahoma. In 2015, Ramey vs. Sutton went to the Supreme Court and decided non-biological parents should have the same rights as bio parents.

In 2018, the Mayor of Oklahoma City publicly visited and supported 39th St. District for the first time. In 2019, members of our community formed the Oklahoma City Pride Alliance and OKC elected its first openly gay city councilman.

As we celebrate the 50th anniversary of a riot in New York City at Stonewall Inn, a riot that sparked the gay liberation movement -- let us also remember the stories that have led us to another turning point in Oklahoma history.

According to The Gayly archives, the first Pride week was celebrated in 1977, and now on June 17, 2019, OKC Mayor David Holt will give a proclamation naming the third week of June as officially OKC Pride Week. The Crystal Bridge will be rainbow illuminated, and at least nine districts are having Pride celebrations with the culmination of the parade and festival on historic 39th Street. Of course.

We have worked very hard to bring you a legendary 32nd Annual Pride Parade and Festival (June 21-22) and a city-wide Pride celebration the entire month of June.

There are big changes like moving the Parade to Saturday before the festival. It was necessary for practical reasons, but we think it will really harness the energy of the parade and give us a day to recover before work on Monday.

We also hope you will enjoy some of the special touches like Glitter Alley, better parking options, a Pride Shuttle, Lyft codes, more diversity in programming, and three VIP tents designed by local interior designers.

There will still be great food and beer, but this year will also feature high point beer and liquor and patient-friendly cannabis vendor booths. We will have local music, drag performers and a couple of surprise guests on the Main Stage.

The 39th Street bars will have their usual road-trip-worthy entertainment.

The theme is Legends and Rebels, and as Floyd Martin says, "if you went to school or came out in Oklahoma – and survived – you are a legend and a rebel."