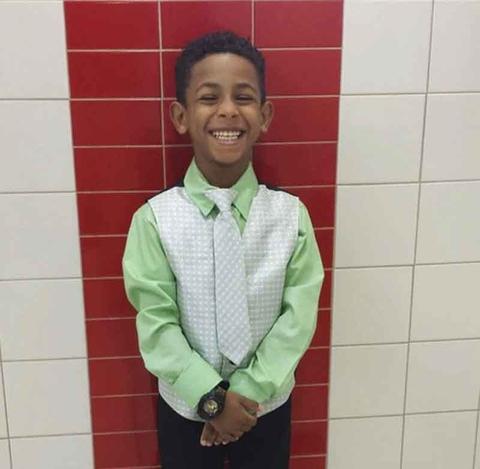 The parents of Gabriel Taye, who hanged himself from his bunk bed with a neck tie want school officials held responsible. Cornelia Reynolds via AP, File.

Cincinnati (AP) — The parents of an 8-year-old Ohio boy who hanged himself from his bunk bed with a necktie want school officials held responsible, testing the issue of school liability in suicides blamed on bullying.

The wrongful death lawsuit filed by the parents of Gabriel Taye against Cincinnati Public Schools and school officials cites repeated examples of Gabriel and others being bullied at his elementary school. They contend school officials knew about the bullying but were "deliberately indifferent," allowing a "treacherous school environment."

Knowledge of harassment and failure to do something are among elements set out in a 1999 U.S. Supreme Court ruling for school liability cases.

"The deliberate indifference standard set forth (by the Supreme Court) sets a high bar for plaintiffs," a 2016 opinion by a three-judge panel of the 6th U.S. Circuit Court of Appeals says. "It requires only that school administrators respond to known peer harassment in a manner that is not 'clearly unreasonable in light of the known circumstances.'"

The ruling rejected an appeal by a Tennessee family that sued a school district over two years of alleged relentless bullying that forced their son to change schools.

Cincinnati school officials have said that the boy told staff he fainted the day his parents say Gabriel was knocked unconscious at a school bathroom and that he never said he was bullied or assaulted. He killed himself two days later, on Jan. 26.

Legal experts say such lawsuits seem to be coming more common amid increasing public awareness campaigns on youth bullying. A 2015 federal survey estimated that about 21 percent of U.S. students, ages 12-18, said they had been bullied.

Federal authorities say they are still learning about the links between school bullying and suicide , saying bullying increases the risk of suicidal behavior but that the majority of bullying cases don't result in suicide, suicide attempts, or thoughts of suicide.

Courts have shown reluctance to increase the demands on school officials to quell bullying. The Supreme Court has urged courts against second-guessing school administrators' disciplinary decisions, to allow them flexibility they need to deal with children who are still learning how to interact appropriately.

The federal cases often take years to resolve, unless the two sides reach a settlement. A wrongful death lawsuit filed by parents of a 14-year-old Missouri boy who killed himself in 2013 after being bullied was settled for $300,000 two years ago. Earlier this year, a Mississippi school district settled for undisclosed terms a lawsuit by parents of a seventh-grader who died of injuries from alleged bullying.

A 2015 lawsuit filed against nearby Fairfield City Schools in Ohio and officials by the parents of a girl who fatally shot herself after being bullied repeatedly, including frequent racial and sexual insults, is scheduled for federal trial in Cincinnati in early 2018.

Plaintiffs in such cases have often said that among their reasons for going to court is the hope it will bring changes that will protect other students from bullying. 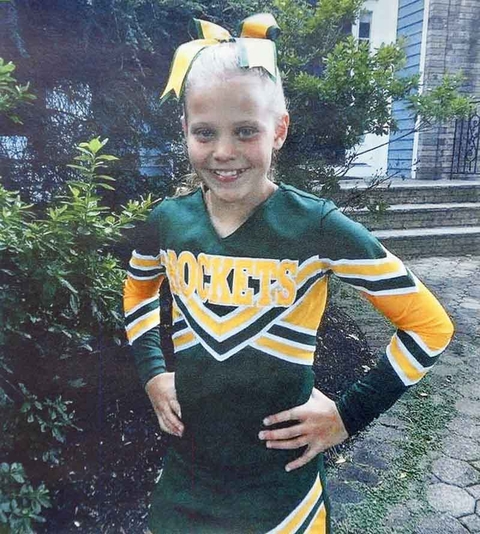 The mother of Mallory Grossman says school officials didn't do enough to stop cyber bullying against her daughter that led the 12-year-old to kill herself. Courtesy of Dianne Grossman via AP, File.

"We want to open a Pandora's box, we want to push against the hornet's nest," said Bruce Nagel, attorney for the family of a 12-year-old New Jersey girl who killed herself in June, allegedly after months of bullying by classmates. "We want to end this forever."

Mallory Grossman's family has said they plan to sue her school district.