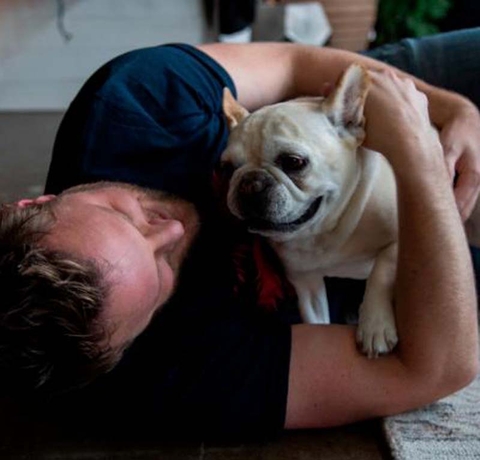 Bruley, a French bulldog who made cameo appearances on Netflix makeover series "Queer Eye," has died, his owner said on Instagram. He was 10.

The Frenchie, who appeared in multiple episodes of the show, was remembered by the "Queer Eye" Twitter account and members of the so-called Fab 5 -- the men at the center of the series -- on Thursday.

"RIP my furry little friend," wrote Bobby Berk. "You brought joy to so many with your jump kisses, grunts and even your farts. You were the best little sidekick we could have had."

According to his owner, TV producer Michelle Silva, Bruley died of a heart attack.

"He just had too much love and heart for his physical body. It all happened so fast, but I held him as he took his last breath, and I was able to tell him I loved him the very most," she wrote on the dog's Instagram account. "I told him everyday I loved him more than anything in the world, and I reminded him of that over and over as he slipped out of this life."

She added: "Over the course of 16 episodes of @queereye, in just a few moments on screen, you guys all got a glimpse of the Bru I knew and loved. He was hilarious, stubborn, sometimes inappropriate, and always a sucker for a snack."

On Twitter, the "Queer Eye" account remembered Bruley as a dog that "brought us so much joy."