Republicans flirt with rebellion if Trump moves ahead on Mexico tariffs 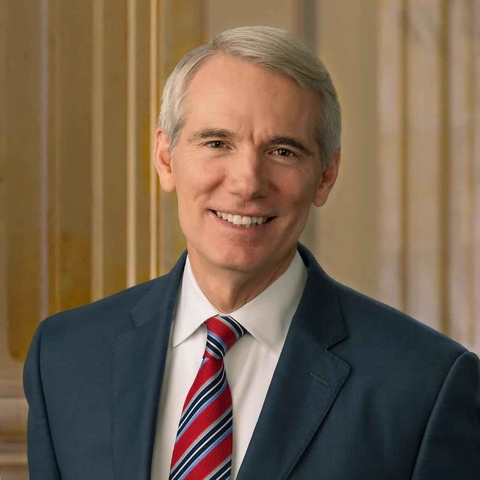 Republican senators railed against President Donald Trump's threatened tariffs against Mexico in a private lunch on Tuesday with White House and Justice Department officials, who struggled to explain their legal process for implementing the new levies.

Roughly a half dozen GOP senators stood to speak about why the decision to impose tariffs on Mexico was ill-advised, a person who attended the lunch told CNN.

The members insisted Trump hold off on any declarations until he can brief members personally on the plan, according to this person. But with Trump in Europe and members scheduled to leave for D-Day commemorations, that may not be possible before Monday's deadline for activating the first band of 5% tariffs on all goods coming from Mexico.

One GOP Senate aide said there were few clear answers given at the lunch.

"They were asked repeatedly how this will work and they couldn't answer," the aide said.

Ohio Republican Sen. Rob Portman, who was the US trade representative under President George W. Bush, said after the lunch that "it wasn't really a policy discussion per se."

When asked about the feeling in the room, Portman added: "No one did not express concern."

At issue is whether the President needs to declare a fresh national emergency to move ahead with the escalating tariffs, which he announced last week via Twitter as a move intended to pressure Mexico into stemming Central American migrant traffic across the southern US border.

According to members and aides, the legal question of whether the President would have to declare a new national emergency or could amend a previous declaration remained unanswered.

If Trump needs to declare a new emergency, it could quickly result in a vote of disapproval that would pass the Democratic-led House and leave Republican senators in a position of having to either vote against Trump or vote in favor of tariffs they disagree with.

A previous vote of disapproval on another border emergency declaration was backed by 12 Republican senators in March -- a major rebuke from the President's own party that led to his first veto.

"There is not much support in my conference for tariffs, that's for sure," Senate Majority Leader Mitch McConnell said after the lunch.

He expressed optimism that a Mexican delegation that is supposed to meet with Trump officials Wednesday would reach a compromise and head off the impasse before the President orders tariffs.

Other Republican senators declined to comment after the lunch. The usually chatty Sen. John Cornyn, a Republican of Texas, was peppered with questions as an elevator door that wouldn't close stalled his exit.

Trump announced the plan last week, amid a growing impasse over immigration. The levies, which would hit all Mexican imports, would rise every month to a maximum of 25%. The move has raised alarm among economists, with even Trump's own aides acknowledging the move against a key trading partner would risk slowing the US economy.

He said earlier Tuesday that he expects the tariffs to go into effect as promised, starting next week, and warned Republicans not to intervene.

"The threat is out there but we haven't really started yet. This will take effect next week," Trump said at a news conference in London.

Trump said if Republicans worked to block the tariffs they would be mistaken.

"I don't think they will do that, if they do it's foolish," he said.

Sen. Ted Cruz, a Texas Republican who attended the meeting, said that "there were deep concerns expressed at the lunch about the prospects of tariffs with Mexico."

Cruz also said that the members who spoke exposed the "resistance" to the President's tariffs.

Cruz said that members are sympathetic to the crisis at the border and voiced that, but he said members were very clear with the White House officials that "the answer is not imposing tariffs against Mexico."

"What we are seeing now is a giant game of chicken. It's like two trucks headed straight at each other on a country road. If the outcome of this is that Mexico blinks and they turn, and they actually become active, productive partners in helping stop illegal immigration, that would be a good outcome, but if the outcome is massive new tariffs that destroy jobs in Texas and the rest of the country, that would be a terrible outcome," he said.

For now, many Republican members are just hoping that the delegation from Mexico can reach an alternative deal to stop the tariffs, a notion underscored by McConnell in his comments to reporters.

"We had an opportunity at lunch to talk to a number of representatives of the White House about this particular strategy," he said. "I think I can safely say most of us hope that this Mexican delegation is coming to discuss the challenges at the border and what the Mexicans might be able to do to help us more than they have, will be fruitful" and tariffs won't be imposed."

Asked if the GOP-led Senate would block the move, he demurred.

"What I'm telling you is that we're hoping that doesn't happen and we appreciated the opportunity -- we spent almost our entire lunch talking to representatives of the White House about his issue," McConnell said. "I know the Mexican delegation is here. Apparently, these talks are going well and I our hope is that the tariffs will be avoided, and we will not have to answer the hypothetical."