Taiwan set to legalize same-sex marriages, a first in Asia 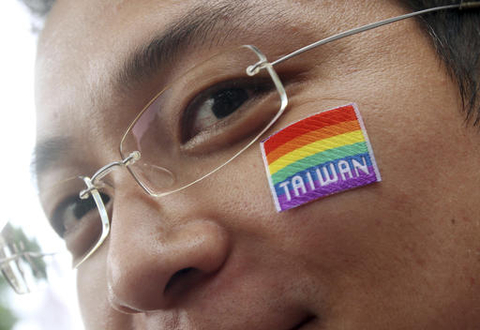 TAIPEI, Taiwan (AP) — Su Shan and her partner are raising 5-month-old twins together, but only one of the women is their legal parent. That could soon change as Taiwan appears set to become the first place in Asia to legalize same-sex marriage.

"Now, if something happens to the child, the other partner is nothing but a stranger," said Su, a 35-year-old software engineer in Taipei. By contrast, either partner in a legally recognized marriage could make legal, medical and educational decisions, she says.

Taiwanese lawmakers are currently working on three bills in support of marriage equality, one of which is already listed for review and could be passed within months. Same-sex marriage also has the prominent support of President Tsai Ing-wen, Taiwan's first female head of state.

That's seen as a reflection of Taiwan's ready acceptance of multi-party democracy and other inclusive attitudes, as well as the fact that Taiwan's 23 million people largely follow Buddhism and traditional Chinese religions that take no strong positions on sexual orientation or gay marriage.

"The elite became in favor of a kind of gender equality," Damm said.

Still, same-sex marriage still had to overcome traditional perceptions of gender roles and the strong pressure on children to marry and have kids. The self-ruled island also lacks many openly gay and lesbian celebrities to lead the way; the writer and television talk show host Kevin Tsai is among the few exceptions.

Taiwan would join Canada, Colombia, Ireland, the United States and 16 other countries that have legalized same-sex marriage over the past 15 years, according to the Washington, D.C.-based LGBT rights advocacy group Human Rights Campaign . But it would be a notable exception among Asian and Middle Eastern countries, at least 20 of which continue to ban same-sex intercourse.

"It's a big step forward for the history of human rights," said Yu Mei-nu, a ruling Democratic Progressive Party lawmaker who is sponsoring the same-sex marriage bill now in line for parliamentary debate. "If Taiwan can get this passed ... it will give other Asian countries a model."

Taiwan's Justice Ministry has not backed a specific bill, but pledged on its website last month to maintain an "attitude of openness" toward same-sex marriage. President Tsai said as recently as October that she supports same-sex marriage.

Domestic gays and lesbians have also formed an effective lobby in recent years. An annual Gay Pride march in Taipei last month drew tens of thousands of people, many pushing for gay marriage. About 100 people have separately formed a group pushing for the cause.

For Log Chen, a Tarot card fortune teller in Taipei, legalized marriage would mean she and her partner of three years could make future plans with more confidence.

"In case something happens to my partner, I will not be left with nothing," Chen, 32, said. 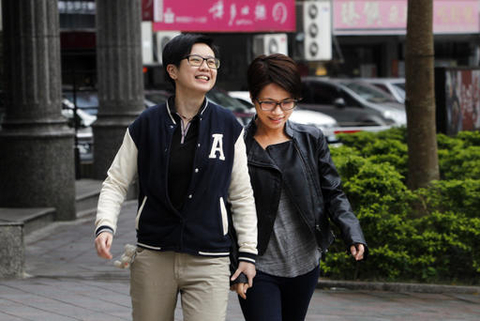 While practical issues such as sharing assets and medical benefits are motivating factors, simple love and respect are also a strong impetus, said Jay Lin, founder and director of the Taiwan International Queer Film Festival.

"There are lots of people who have been loving and committed to each other for decades and they'd like to put a ring around their finger," said the father of 4-month-old twin boys, who said he would consider marrying his partner.

During their time in power, the Nationalists stopped earlier efforts to pass same-sex marriage bills, including one introduced in 2013 that met opposition from Christian groups that gathered signatures from about 400,000 naysayers.

Legalizing same-sex marriages would burden Taiwan's welfare system and be tough on children, said Chen Chih-hung, chairman of the year-old political party Faith And Hope League, which has no seats in parliament.

The death of a same-sex spouse would leave the survivor dependent on government support as many couples would not have children to support them in old age, Chen said. Children of such couples would find it difficult to socialize with children from more mainstream families, he said, although that argument has been refuted by many social scientists.

Su, the software engineer, said she and her partner, also 35, find little sign of such concerns among the people they meet. Most Taiwanese are highly accepting of their relationship and their right to raise children, she says.

"We go to the market with our kids and people say 'how cute,'" she said. "When they find there are two mamas, they feel intrigued. Maybe they have seen news about this type of family but don't have friends near them who are doing it." 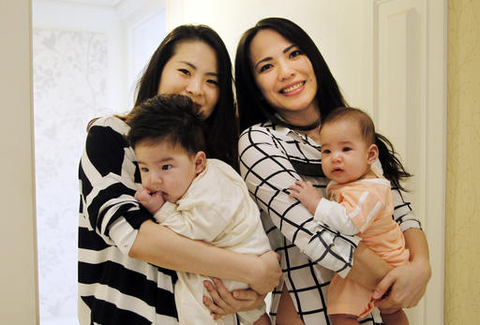