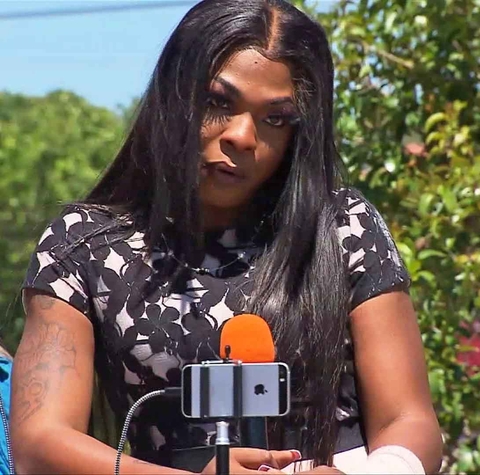 Dallas police are investigating whether the killing of two transgender women and the assault of third over the past seven months are connected, authorities said Tuesday.

The most recent victim, Muhlaysia Booker, 22, was found fatally shot on Saturday, according to police. The victims are all African-American.

"At this time, the department is actively looking into whether or not these assaults, murders have any connection to one another," Weddington said. "At this time, we have not been able to draw up an affirmative link between these offenses. We're working to see if there is any link."

Police are working with federal authorities to determine whether the incidents should be classified as hate crimes, Weddington said.

As part of its outreach to the LGBTQ community, Dallas police will hold a LGBTQ town hall on Thursday. The meeting had been planned since last year, according to Amber Roman, the department's LGBTQ liaison officer.

"The department is asking for the public's assistance in closing these three cases," Weddington said.

In a Facebook post, Dallas police identified the fatal victim from October as Brittany White. There are no suspects, Weddington said.

Weddington said two victims were in the same area before the alleged offenses took place, although it was not clear which two victims he was referring to.

Two victims got into a car with someone and one victim let someone get into their car, Weddington said.

"Everybody needs to be vigilant and pay attention to their surroundings when they're out in public, and use caution when interacting socially," Weddington said.

In a separate incident last month, Booker, 22, was assaulted by several men in the parking lot of a Dallas apartment complex after what police said was a minor traffic accident. Video from the incident showed the suspects repeatedly punching and kicking her while she was on the ground.

The suspects were reported to have used homophobic slurs during the assault, police said.

Dallas Mayor Mike Rawlings condemned the assault at the time.

"I am extremely angry about what appears to be mob violence against this woman," Rawlings said. "Those who did this do not represent how Dallasites feel about our thriving LGBTQ community. We will not stand for this kind of behavior."

One man, Edward Thomas, was arrested and faces charges in Booker's assault in April. Weddington has said Thomas, 29, had not been linked to Booker's death.

Attorneys representing Thomas issued a statement Tuesday saying the alleged assault of Booker in April was not a hate crime.

Thomas "had absolutely nothing" to do with Booker's death," said the statement from the law office of Andrew Wilkerson and Michael Campbell Jr.

"We have no doubt that the truth will come to light in this situation after a thorough investigation by the Dallas Police Department," the statement said