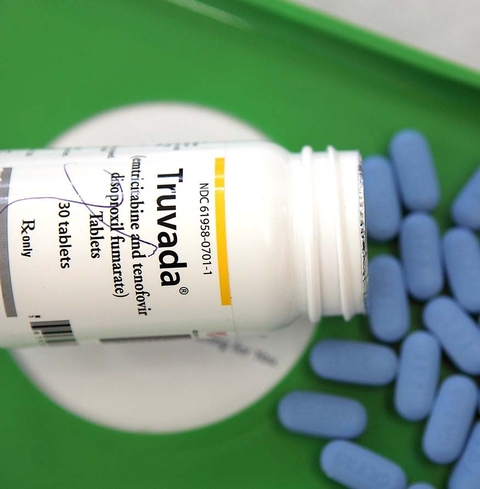 Use of a daily pill to prevent HIV infection rose almost 500 percent from 2014 to 2017, according to new research published last week by the US Centers for Disease Control and Prevention. More than a third of people at risk of HIV infection are now protected with the medication, which is more than 90 percent effective, according to the CDC.

Almost all demographic groups reported increased use of the pill, called pre-exposure prophylaxis, or PrEP. But use remained low in black, Hispanic and Latino men who have sex with men. Those groups are at particular risk for HIV infection, according to the CDC, and accounted for about 40 percent of all HIV infections in 2017, the last year for which data is available

Among men who have sex with men, 42 percent of white men reported using the drug, while just 26 percent of black men reported the same. Researchers noted that there are "structural barriers associated with race that influence access to high quality care" and recommended targeted efforts to increase PrEP use among minorities.

The study was conducted in 20 urban areas and surveyed more than 4,000 HIV-negative men who reported having sex with men. In 2014, just 6 percent of those at risk were on the pill, but that number rose to 35 percent in 2017, researchers found. Awareness of the drug increased as well, from 60 percent to 90 percent over three years.

One of the biggest barriers to access may be the drug's cost. In the United States, PrEP costs about $1,800 a month for those without insurance. In countries such as South Africa and Kenya, it costs only about $75 per year, according to the Joint United Nations Programme on HIV/AIDS.

Earlier this year, the drug's maker, Gilead Sciences, agreed to donate enough medication to cover 200,000 people for up to 11 years. And in June, the US Preventive Services Task Force recommended that people at significant risk for HIV infection take PrEP. Under Obamacare, most private insurance is required to cover services that get the task force's "A" rating, such as the PrEP recommendation. States with expanded Medicaid would also typically follow suit.

For people with access to the drug, it is well-tolerated and effective, with no serious side effects. Some report nausea, according to the CDC, but that generally subsides over time. Those who take the drug have to check in with a doctor every three months for blood tests, and doctors recommend that people continue using condoms to prevent other sexually transmitted infections.