What to do if you still haven't gotten your stimulus check 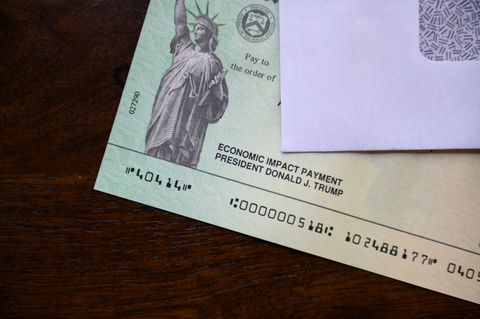 The Internal Revenue Service says it's sent stimulus payments to more than 150 million people as of last week -- but not everyone who is eligible for the payment has gotten their money yet.

In a rush to get the cash out as quickly as possible, the IRS started with the people who it could reach the fastest.

That meant people who had already filed their 2019 or 2018 tax returns -- and received a refund directly deposited in their current bank account -- were the first to see the money.

While millions more payments have been sent by check or on debit cards, there are multiple reasons some are still waiting for their cash.

Here's a checklist if you're among them:

Most payments were either directly deposited in an individual's bank account or sent as paper checks in the mail. But the IRS has also said about 4 million people will receive a pre-paid debit card in the mail. Those were sent last week.

The Visa debit cards will come in a plain envelope from "Money Network Cardholder Services."

The debit cards were sent to certain people who don't have direct deposit information on file with the IRS. They would have received their stimulus money via a paper check, but the agency is sending some debit cards out to help speed up the process. It can only send out about 5 million paper checks a week, and it started with the lowest income earners.

Previously, the IRS allowed people to update their bank account information online so that they wouldn't have to wait for a check in the mail. But the deadline to upload new bank information passed on May 13.

Anyone required to file a tax return must do so before they are sent the stimulus money.

There are also millions of low-income people who are not normally required to file tax returns but must submit some information to the IRS online before they can get their money.

The IRS created a "non-filer" online tool that asks for basic information including names, dates of birth, and Social Security numbers for the person filing and his or her dependents. It doesn't ask for any income information.

3. Wait for your paper return to be processed

A lot of IRS employees have been ordered to work from home, which means the agency stopped opening a lot of its mail. By mid-April, the agency had to move a lot of its unopened mail into trailers.

It's likely that those who filed a paper returns since the IRS sent most of its workers home are still waiting for both their stimulus money and their potential tax refund. This also effects those who the IRS was auditing and requested more documentation that had to be submitted by mail.

The IRS sends Identity Protection PINs in the mail to people who were victims of identity theft. It's an added layer of security used when that person files their tax returns.

But there are many people who may have misplaced the PIN or never received one and need to retrieve it online.

That's easier said than done. In order to confirm an individual's identity, the online retrieval process asks for some information like a credit card number (a debit card doesn't count) or loan account number. Some people don't have those kinds of accounts and get stuck.

Then, they're left filing a paper return and waiting for the IRS to reopen before their taxes and their stimulus payments are processed.

Families earning a little more may still be eligible if they have children. The phase-out limit depends on how many children they have. For a typical family of four, the amount is completely phased out for those with incomes exceeding $218,000.

Those who can be claimed as a dependent for tax purposes, like many college students, are also ineligible for the payments, as well as undocumented immigrants who don't have Social Security numbers. That includes citizens who are married to someone who files taxes using a taxpayer identification number.