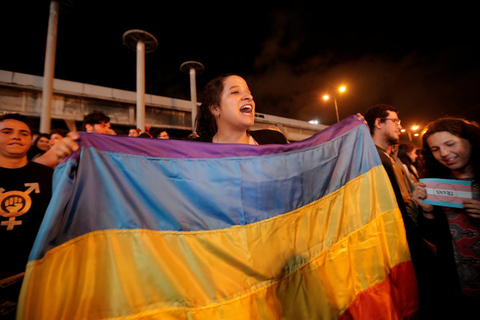 20 countries agreed to follow the court’s rulings when they signed the American Convention on Human Rights, including 16 which have not yet legalized same-sex marriage. 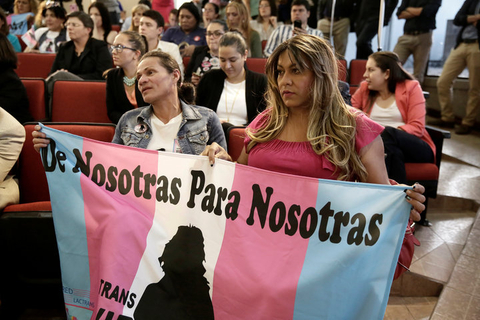 At present, same-sex couples are allowed to marry in Argentina, Brazil, Colombia, Uruguay and some parts of Mexico, despite church opposition. Photo by JUAN CARLOS ULATE.

More than 280 million people live in the other 16 countries, which the court has told to treat its same-sex partners the same as straight couples.

The governments were ordered to “guarantee access to all existing forms of domestic legal systems, including the right to marriage, in order to ensure the protection of all the rights of families formed by same-sex couples without discrimination”.

And the court has recommended that these rights be locked in with temporary decrees while the countries’ governments go through the process of passing permanent laws.

The ruling also informed countries that they should allow transgender people to change their name on identity documents.

Costa Rica has already publicly agreed to follow the court’s ruling, with the government sending showing its support.

Related:
Victory in Australia
Merkel: Gay marriage could get 'question of conscience' vote

In a statement, the government wrote: “Love is a human condition that should be respected, without discrimination of any kind."

“The Inter-American Court vindicates the rights of LGBTI persons under the American Convention, and reminds all the states of their responsibility and historical moral obligation to this population.”

Writing on Twitter, she added that “even in the darkest corners of our continent, the future generations of LGBTI people will have equality, equal opportunities to develop their own projects of life, and happiness to grow without fear.”

The move follows other steps towards LGBT equality made over the past year in South America, including Uruguay appointing its first trans senator.

Michelle Suarez took her seat in October, while pledging to push for a law which would make it compulsory for one percent of government jobs to be reserved for trans people.