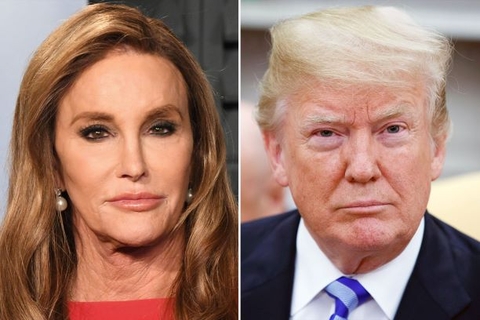 Caitlyn Jenner said she's been lobbying lawmakers for weeks and called for legislation to reverse President Donald Trump and allow transgender people to serve in the military.

"Today, I'm very politically involved," Jenner told Variety. "Nobody really knows it. I do it very quietly because I have been so criticized by the liberal side of the media. I can get more things done if I don't stick my nose into everything publicly."

Jenner said she has met with about 50 members of the House and Senate, including House Speaker Paul Ryan, as well as members of the Trump administration, to discuss equality, according to Variety. "I've met with just about everybody," Jenner said.

She also said there should be protections for transgender service members and that the US needs "hard-core legislation, laws on the book of equality."

"It's going to take some time, but we're working on it," she said.

Jenner said she was hopeful about Trump's stance on LGBT issues when he first took office, but said he's been "extraordinarily disappointing." In March, the White House announced a ban on transgender people serving in the military, following Trump's tweet on the topic. That was about a year after Jenner visited the White House to meet with administration officials in April 2017.

"He's not been doing a very good job, but it's not over yet," Jenner said.

Kim Kardashian had success with lobbying in Washington in June, when Trump commuted the sentence of Alice Marie Johnson, a first-time nonviolent offender who Kardashian discussed with him during her Oval Office visit.

"I thought they did the right thing," she said.