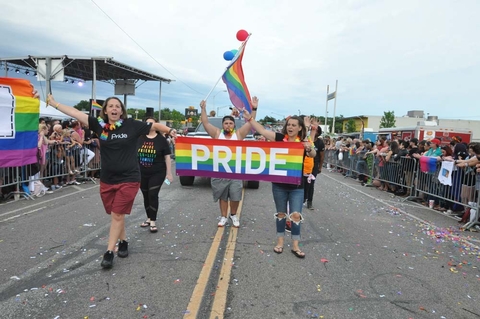 Scenes from the 2018 OKC Pride parade. Photo copyright The Gayly; may not use without permission.

The following statement was released by the Board of OKC Pride:

OKC Pride, Inc. wishes to thank everyone for their patience while we revitalize our organization to eliminate past concerns. We are now able to make a public statement about these issues.

As has been widely reported, OKC Pride, Inc. suffered from numerous alleged misdeeds by persons formerly affiliated with the organization. All of those persons are now completely detached from OKC Pride, Inc. though it has taken a great length of time and much effort to resolve the problems they created.

As has also been reported, the 39th Street District will be hosting and organizing a Pride parade and festival in 2019. OKC Pride, Inc. wishes to make it clear, however, that this is being done without our consent. It is not and has never been the intent of OKC Pride, Inc. to have our annual marquee event appropriated by the for-profit business owners who comprise the 39th Street District.

Nevertheless, between July and December 2018, there were numerous discussions between OKC Pride, Inc. and 39th Street District. Topics included a potential collaboration to organize and present the Pride parade and festival. Unfortunately, these conversations devolved into how “stakeholders and community leaders” were “pressuring the 39th Street District to host these events”.

In January 2019, the 39th Street District announced it would be hosting a Pride parade and festival and applied for a permit to do the same.

To state that the District's actions were the result of OKC Pride's misfortunes is wholly inaccurate. These issues have been addressed, changes have been made, and OKC Pride, Inc. stands in a strong position. We are ready to move forward.

Unfortunately, inaccurate and misleading statements made regarding OKC Pride, Inc. by certain of those affiliated with the 39th Street District, have been very disheartening. However, this will in no way prevent our organization from fulfilling its mission to the LGBTQ+ Community and our city as a whole. It is easily possible to counter every allegation and false representation concerning OKC Pride, Inc. that has been made.

However, as of now, we will refrain from doing so in the interest of uniting our community.

OKC Pride, Inc. is now planning and organizing events and fundraisers to support our further endeavors. These include hosting the OKC Pride Parade and Festival in 2020 and beyond.