Pat Robertson: God will destroy US if the Equality Act is passed 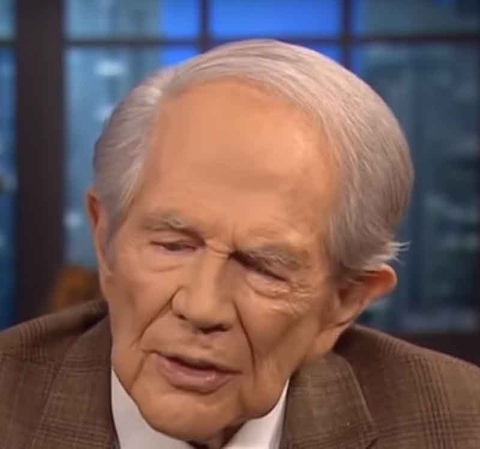 Televangelist Pat Robertson has a long record of fighting against LGBTQ+ rights and of saying outrageous things on his TV program, The 700 Club. But he has gone say over the line after interviewing Mat Staver of Liberty Counsel about the Equality Act. Robertson said if the Equality Act is passed, God might destroy the United States by atomic war or other cataclysmic means.

“But their definition of religious freedom has little to do with religion itself, and more to do with controlling women’s bodies and discriminating against LGBTQ people.”

The Equality Act would ban discrimination based on sexual orientation or gender identity in jobs, housing and public accommodations. It also states that the rights asserted in the Religious Freedom Restoration Act (RFRA) cannot be used to discriminate against LGBTQ+ people.

What probably stirred Robertson up was Staver’s usual litany of the “destruction” that the Equality Act would bring to religious freedom in the United States. It is a common argument on the right about the so-called danger of passing the act.

“This is a devastating blow to religious freedom and to the sanctity of America,” Robertson said, according to LGBTQNation.

But then Robertson ran off the tracks.

“If you want to bring the judgment of God on this nation, you just keep this stuff up. You know, I was reading in Leviticus where it said, ‘Because of these things, the land will vomit you out.’ Vomit you out. I think God will say, ‘I’ve had it with America, if you do this kind of stuff, I’m going to get rid of you as a nation.’

“There is plenty of stuff that is going on. When you look at the potential of atomic war, when you look at the solar strike or something on our grid, you could go down the line of devastation that could happen to our nation. We don’t want that. We want the blessing of God, not the curse of God.”