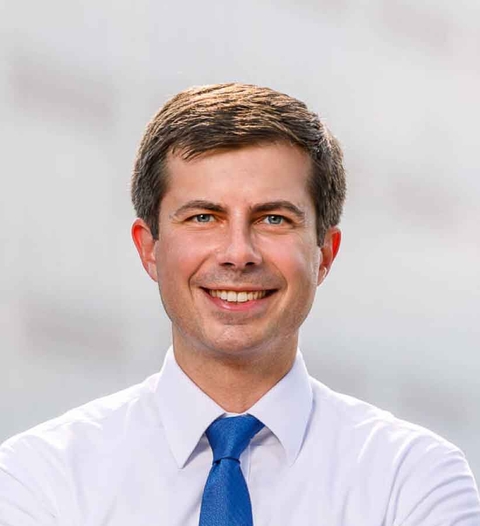 Related:
Who is Pete Buttigieg and why is he running for president?
“I'm not going to miss this moment”: Gay mayor running for President to make history

Pence served as governor of Indiana from 2013 to 2017, overlapping with Buttigieg, who has served as the mayor of South Bend, Indiana, since 2012.

Buttigieg has previously said he had a working relationship with Pence early in his tenure, but on Saturday he said his view of Pence was the biggest thing he has changed his mind about.

The answer on Sunday came when CNN's Jake Tapper asked whether Pence "would be a better or worse president than President Trump?"

"Does it have to be those two?" Buttigieg replied.

Buttigieg went on to say that he "used to at least believe" that Pence "believes in our institutions and was not personally corrupt, but then how could he get on board with this President?"

"His interpretation of scripture is pretty different than mine to begin with," he said. "My understanding of scripture is that it's about protecting the stranger and the prisoner and the poor person and that idea. That's what I get in the gospel when I'm at church and his has a lot more to do with sexuality ... and a certain view of rectitude."

Pence has long said he was "a Christian, a conservative, and a Republican, in that order." As governor, he signed the Religious Freedom Restoration Act, a bill that critics contend could be used by individuals and businesses to discriminate -- particularly against the LGBT community of lesbian, gay, bisexual and transgender individuals -- on the basis of religion.

Buttigieg, 37, is running for the Democratic nomination and, if elected, would be the nation's first gay president.