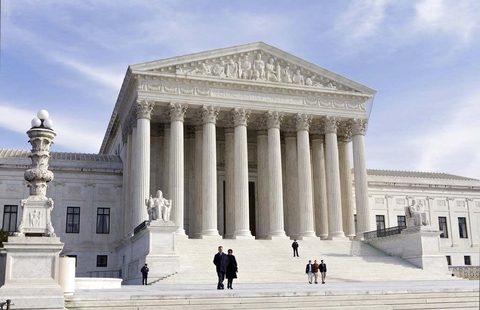 Friday, the United States Supreme Court set a date for hearing the case of a Colorado baker who refused to bake a wedding cake for a same-sex couple. The actions of the baker, Jack Phillips, caused the couple, David Mullins and Charlie Craig, to file a complaint with the Colorado Civil Rights Commission.

The commission ruled against Phillips in 2013 and the case – Masterpiece Cakeshop v. Colorado Civil Rights Commission has been wending its way through the courts ever since, led by anti-LGBT+ legal group Alliance Defending Freedom (ADF)

Every court that the case has gone before has ruled against Phillips, saying he unlawfully discriminated against the gay couple. After lower courts ruled against the baker, the ADF appealed to the Supreme Court. In July the high court agreed to hear the case.

Friday, a court docket was released that set the date of the hearing before the nine justices for December 5.

The Trump administration has sided with Phillips in the case, making some extremely interesting arguments. The main thrust of the Department of Justice’s brief is that creating a wedding cake falls under freedom of speech protections in the Constitution.

“The case of the Colorado cake maker has emerged as the latest battle in the culture wars. It is a clash between the religious rights of a conservative Christian against gay rights and equal treatment for same-sex couples,” wrote the Los Angeles Times in covering the case.

The Acting Solicitor General, Jeffrey Wall, said the government was seeking to carve out “only a narrow” exception to state civil rights laws, according to the Times’ coverage.

“It should extend only to people like painters, photographers and others whose ‘product or service [is] inherently communicative.’ Most businesses would not qualify, he [Wall] said. ‘A commercial banquet hall may not refuse to rent its facilities, nor may a car service refuse to provide limousines’ because its owners do not approve of a same-sex marriage,” the Times continued.

The American Civil Liberties Union (ACLU) response to the DOJ filing was swift. “This Justice Department has already made its hostility to the rights of LGBT people and so many others crystal clear. But this brief was shocking, even for this administration. What the Trump Administration is advocating for is nothing short of a constitutional right to discriminate.

“We are confident that the Supreme Court will rule on the side of equal rights just as the lower courts have,” Louise Melling, deputy legal director of the ACLU said.

Despite Wall’s protestations that the DOJ seeks “only a narrow” exception is only the tip of the iceberg when it comes to the DOJ’s position on where religious freedom stands in the hierarchy of rights. In guidance to all federal departments on October 6. The guidance makes it clear that the Justice Department thinks that anybody can discriminate against anyone for any reason, an argument that goes far beyond the Supreme Court filing. For more coverage on the DOJ's religious protections guidance, click here.

Justice Anthony Kennedy, the swing vote on the Supreme Court, and the author of every major LGBT+ rights decision for several years, is still on the court. Which side Kennedy comes down on will probably set the court’s final decision on this case.